Why Do Some Dogs Not Like Men or Women? 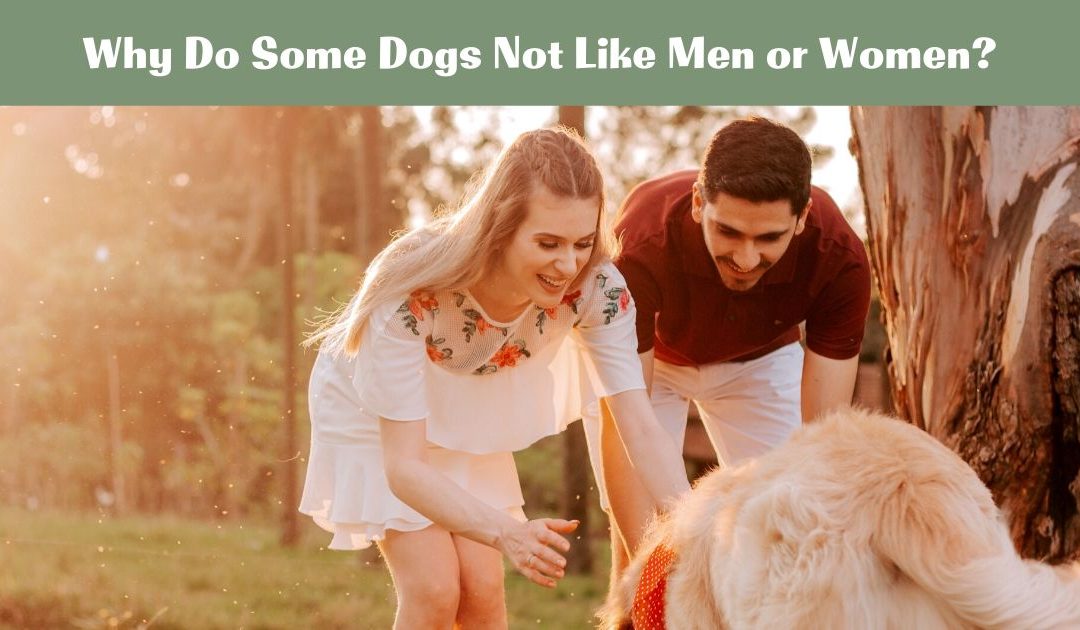 As a dog enthusiast, this isn’t something to take personally, but it’s understandable if the dog has suffered abuse at the hands of a man or woman, or if the dog has a behavioral alpha-male problem that causes him to dislike men or women. Either way, managing a dog’s dislike of men/women does take some behavioral finagling and retraining, but it can be managed.

I have a dog that really disliked when a woman that was dressed in business/formal clothing came to the house. If the woman was in shorts or casual clothing there was not a problem. She would bark and growl and it took a while for her to calm down and not have her hair standing on her back. She is a rescue dog so we do not know what her first year or two entailed but I am willing to bet a woman that dressed nicely may have abused her. But we don’t know. I also have a client that has a male dog that really does not like men. This woman has had the dog since he was a pup and her husband and her son have no issues with the dog. So that is not an abuse situation.

Unlike humans, dogs are not able to hide their dislike. However, the signs a dog dislikes someone are different from the signs that he is afraid of someone. Dogs show fear physiologically like humans do but with different physical signs.

My guess is some type of fear has entered the dogs head and they will show it by barking, growling, running away from or just down right being nasty.

Bottom line we may or may not know what the cause is, so the question is what to do about it? 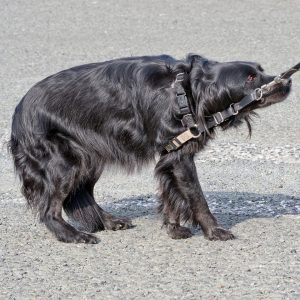 Watch if the dog shows sign of really being afraid like tucking their tail between their legs, showing teeth or snapping at person. Dogs are alpha and submissive which is not what most humans are like so they instinctually look at the situation in that realm.

The key is two-fold. One, find the trigger. Two, if you can’t find a trigger try as many things as you can to calm the dog and allow the dog to figure things out on their own. The worst thing to do is force a relationship as that will prolong any progress.

If you find the trigger (bald men, men with beards, women dressed formally, women that have long or short hair, etc. etc.) if you have the trigger then find as many situations where you can work with the dog and that trigger, starting with brief moments and then working towards longer moments. Once you find that the dog is more comfortable make sure you allot more time so that you can really emphasize to the dog that the trigger is actually safe. Do not judge. It may seem weird to you but it is not to the dog.

If you don’t find the trigger then find as many women or men that are available to help spend time to let your dog work through it.

I suggest that the trigger or the people that the dog has fear towards stand in a very neutral stance, maybe bend over some or turn back to them and act as if you are ignoring them. Once the dog comes to check you out make sure you do not react. Just allow the process to happen slowly. Once the growling and the intensity reduces and this may take numerous meetings then you can just hold out one hand. Let the dog come to you even if it takes a while. You can put a treat in your hand to help speed up the engagement. When this is happening, it is really important to not act scared or use any sudden movements. CALM slow movements will help.

These are some basics to help your dog learn that their fear is not valid with the people you bring them around. You also want to respect the dogs fear and if the dog does not calm down after a while (15 to 20 minutes or so) then give it a try it another day.